Copyright - PlanetEminem.com 2014. All logos and images are copyright Eminem. We are a fan site, made by the fans, for the fans.
July 1, 2014News
Don't be shellfish... 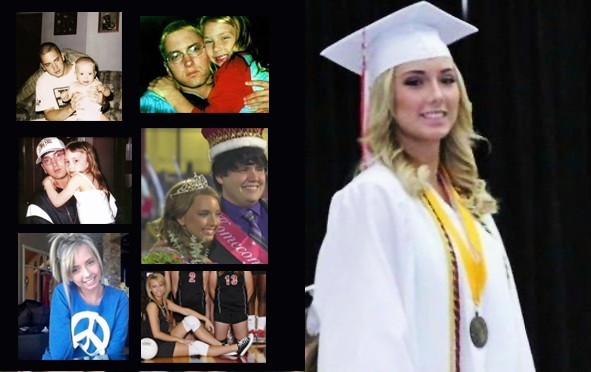 Eminem must be a proud dad!

The world-renowned rapper, a high school dropout, had paid tribute to his “baby girl” girl in his tracks “Hailie’s Song” and “Mockingbird.” And the teen reciprocated.

She donned her graduation cap and gown at a commencement ceremony at Michigan’s Chippewa Valley High School on June 8. The school released a newsletter celebrating its honors graduates. Her entry pays tribute to her dad, whose real name is Marshall Mathers, and her mother and his ex-wife, Kim Mathers. She names the two under the banner, “Most Influential During My Lifetime.”

“My mother and father are because they have pushed me to be the person I am and have given me all the support to achieve what I have,” she said.

During her high school years, Hailie was a member of the National Honor Society, the Art Club, the Key Club and Student Council and also played volleyball. She received the school’s Academic Excellence Award and the Department of Psychology Award.

And more good news for the family—Hailie is heading off to college! The newsletter states that she is set to attend Michigan State University. She says she wants to study psychology and also expresses interest in becoming an entrepreneur.

Hailie is the only biological child Eminem and his ex-wife share. The rapper also has custody of Whitney and another daughter, Aliana, whose mother is Kim’s twin sister, Dawn.

Hailie was crowned homecoming queen at her high school last year and her parents attended her ceremony—she arrived with her mother, while the rapper watched from the stands.

In 2010, Rolling Stone asked Eminem, “What does being a good father mean to you?”

“Just being there,” he said. “Not missing things. If there’s anything important going on, regardless of what it is, I’m there. Helping them with homework when you can. At the grades my older ones are in, it’s hard. I never even passed ninth grade. They’re already way smarter than me.”